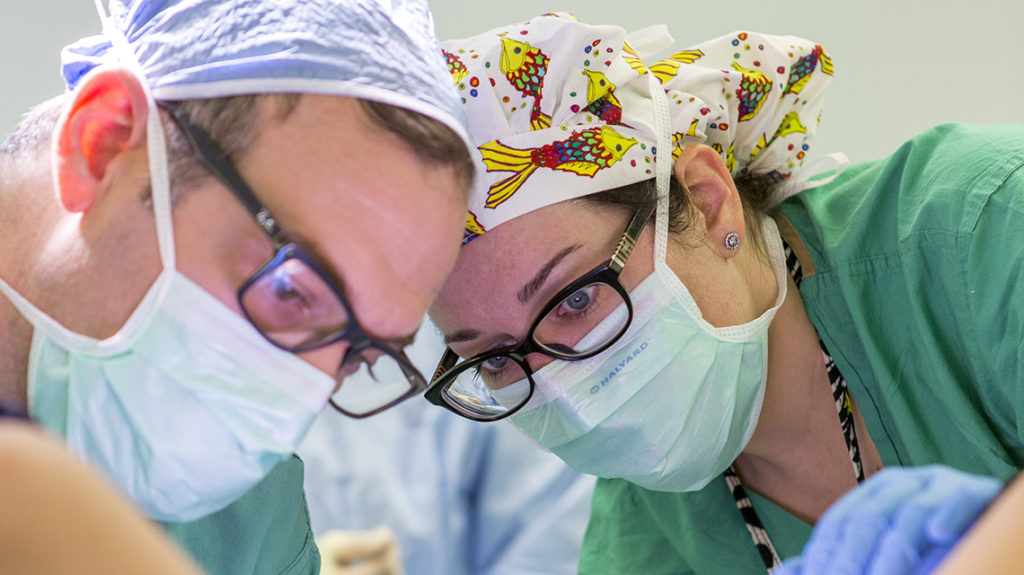 A reoperation can improve continence and quality of life in children still struggling with fecal incontinence following ARM repair.

In a new study, researchers from Nationwide Children’s Hospital show that redo surgeries are   safe and may be an effective option for patients with fecal incontinence after an anorectal malformation repair. For many patients, a reoperation can correct their anatomy, restore continence and improve quality of life.

Anorectal malformations (ARMs) are rare congenital abnormalities in which the lower part of the gastrointestinal tract does not develop properly. The goal of surgeries to repair ARMs is to restore normal anatomy and increase continence. Although outcomes are generally good, a proportion of patients with a previously repaired ARM remain fecally incontinent.

In the new study, published in the Journal of Pediatric Surgery, researchers assessed the benefit of reoperations in patients suffering from fecal incontinence after a previous ARM repair. The researchers collected objective outcome measures from over 150 patients with a previously repaired ARM who underwent a redo surgery to further correct their anatomy.

“We were able to show with objective scores that redo procedures not only improved continence for many children but also improved quality of life,” says Richard Wood, MD, chief of Pediatric Colorectal and Pelvic Reconstructive Surgery at Nationwide Children’s and the study’s lead author.

In addition, the complication rate was low. Strictures were the most common complication seen after reoperations, as no dilations were performed, but were easily managed with a minor procedure.

What’s more, the researchers report that 20% of patients with expected poor continence potential became fully continent on a laxative-based regimen after redo surgery. Traditionally, many of these children would not even be offered a redo surgery, given their perceived poor potential for bowel control. These results suggest that such assessments are subjective and potentially limiting, as reoperation can be beneficial to a proportion of these patients.

Dr. Wood says if a patient is fecally incontinent after an initial ARM surgery, a detailed anatomical assessment is needed to decide if another surgery could improve their continence potential.

“If you have a patient with fecal incontinence after ARM surgery, one should ask if the patient’s anatomy is optimal or if it could be improved upon,” he says. “This study showed that there are many children who are incontinent that can achieve continence with a reoperation.”

Dr. Wood, who is also an associate professor of Surgery at The Ohio State University College of Medicine, emphasizes the importance of involving the patients and their families in decision-making.

“A major goal is optimizing a child’s continence,” says Dr. Wood. “But I think the most important factor that we deal with is improving quality of life.”

When Should Breastfed Babies Be Supplemented?
Improving Guidelines for Pediatric Hypertension Diagnosis