A QI project shows that it is feasible, and possibly beneficial, to routinely administer HPV vaccine at age 9.

It is feasible, and possibly beneficial, to routinely administer the human papillomavirus (HPV) vaccine beginning at age 9 — two to three years earlier than currently recommended — according to findings from a recent study conducted by researchers at Nationwide Children’s Hospital.

Guidelines from the Centers for Disease Control and Prevention currently recommend a series of two HPV vaccinations spaced six months apart beginning at 11-12 years of age to protect children against the cancer-causing virus. The vaccination series can be started as early as the age of 9 at the discretion of the physician. To be effective, the vaccine must be administered before the child is exposed to HPV.

Jane Goleman, MD, lead author of the study and pediatrician in the Section of Ambulatory Pediatrics at Nationwide Children’s, says, “Younger children have a more robust immune response to the vaccine, and offering the vaccine routinely at 9 years of age may uncouple the perceived need to discuss sexuality before vaccination.”

Despite the vaccine’s effectiveness, HPV immunization rates among adolescents remain less than 50 percent.

By implementing three quality improvement interventions in a primary care network in low-income neighborhoods in Columbus, investigators were able to increase the percentage of patients under the age of 11 who received an HPV vaccine from 4.6 percent when the study began to 60.8 percent 18 months later.

The first intervention changed the electronic medical record (EMR) health maintenance alerts, which notify providers of vaccines that are due. The HPV vaccine alert was changed from 11 to 9 years of age. At the same time, providers were asked to focus on cancer prevention, rather than on sexual activity, in vaccine discussions with parents and guardians.

The second intervention was the formation of an HPV Quality Improvement Team, which met monthly. The team identified strategies to improve immunization rates and conducted short Plan-Do-Study-Act analyses. The team also reviewed and monitored data collection of two measures: a process measure of the number of patients who had received at least one HPV vaccine prior to turning 11, and a balancing measure of the number of preventive visits for 9 to 12-year-olds.

The third intervention was an incentive to improve the proportion of HPV vaccine doses given at eligible ill and preventive visits compared to all eligible visits. If the clinic met its annual goal of 55 percent, each nursing and support staff member received $50.

Dr. Goleman, who is also and clinical-associate professor of Pediatrics at The Ohio State University College of Medicine, says two of the obstacles for providing a strong recommendation to pre-teens are time constraints and the perceived need to discuss sexuality.  The findings of this study suggest both parents and health care providers are “willing to begin human papillomavirus (HPV) vaccine administration at 9 years of age as cancer prevention, which may address these barriers.” 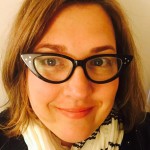 Guidance on Counseling Children at Risk for Fertility and Sexual Function Issues
Housing for Health: An Early Look at What Can Happen When a Pediatric Health System Begins to Treat a Neighborhood as a Patient