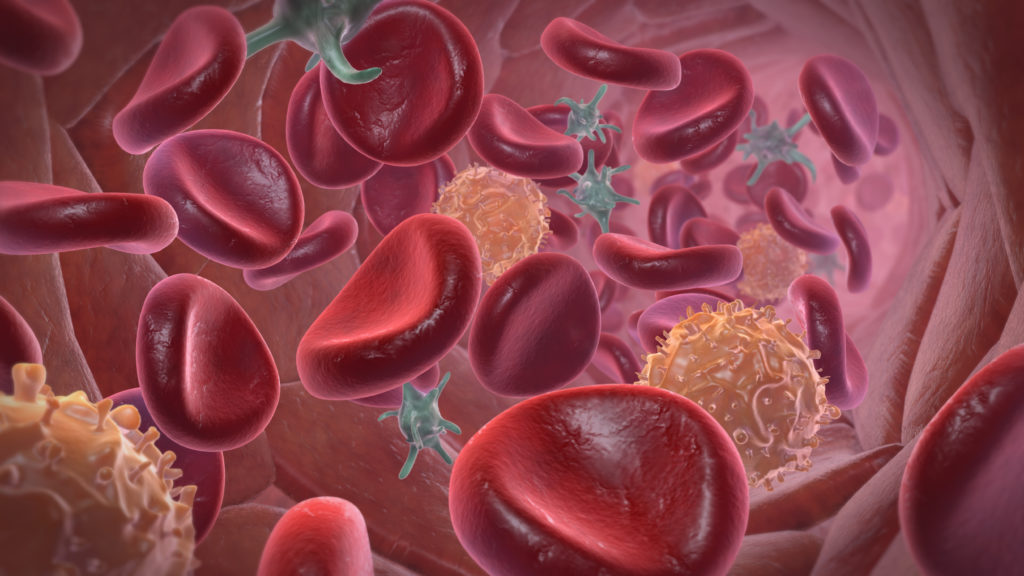 Researchers work to reveal the many subtypes of pediatric sepsis — and what to do about them.

Once upon a time, sepsis was just sepsis. Children experiencing septic shock and its aftermath — any resulting organ failure — were viewed as a fairly homogenous group of patients.

“To the naked eye, children with sepsis look similar at the bedside,” says Mark Hall, MD, chief of the Division of Critical Care Medicine at Nationwide Children’s and a frequent collaborator in multi-institutional pediatric sepsis research. “But there are pathophysiological changes happening in critically ill patients that are not apparent, even through most traditional lab testing.”

Uncovering these unique subtypes of sepsis has been a labor of love for many of the physician-scientists in this field. Each team has an area of emphasis, and each vein of exploration has made significant inroads toward an improved understanding of sepsis pathophysiology and risk stratification.

Collaborative efforts involving Dr. Hall and spearheaded by Hector Wong, MD, director of the Division of Critical Care Medicine at Cincinnati Children’s, for example, have resulted in risk stratification tools known as PERSEVERE and PERSEVERE-XP, which use serum biomarkers and clinical sepsis phenotypes to develop a prognosis. With each subsequent study and the incorporation of more precise prognostic markers, such as tumor protein 53 and mRNA, Dr. Wong and his colleagues near arrival at their destination: a clinically feasible, highly accurate predictor of pediatric sepsis-related mortality risk.

Another approach toward that goal is led by Joseph Carcillo, MD, professor of Critical Care Medicine and Pediatrics at the Children’s Hospital of Pittsburgh, and his collaborators, including Dr. Hall. Their 2017 study in Pediatric Critical Care Medicine proffered a practical risk stratification table to predict pediatric sepsis-related mortality risk using C-reactive protein (CRP) and ferritin blood test results.

“Employing a 2 x 2 table at the bedside using two readily available tests like CRP and ferritin, we can now assess the severity of a patient’s systemic inflammation mortality risk as well as the effectiveness of our therapies in reducing this risk,” says Dr. Carcillo, lead author of the study. Children who reached CRP ≤4.08 mg/dL and ferritin ≤1980 ng/mL, for example, had a low risk for mortality in the study, even if they started with higher levels. Devoting resources to getting patients above those cutoffs down into the low-risk “safe zones” could help physicians track their progress toward an improved prognosis, he says.

GETTING THE LAY OF THE LAND

Together with research partner Jennifer Muszynski, MD, critical care physician and principal investigator in the Center for Clinical and Translational Research at Nationwide Children’s, Dr. Hall has been unravelling the immunobiology of severe sepsis and other critical illness or trauma for nearly 20 years.

“We study the function of white blood cells and the notion of critical illness-induced immune suppression in children, which we call immunoparalysis,” says Dr. Hall. “It’s a state of immune failure that can occur in the setting of many different critical illnesses, including septic shock, and can be measured via a number of laboratory tests.”

To make the identification of patients with immunoparalysis easier, Dr. Hall and his team developed a specialized diagnostic assay. That immunoassay was used in more joint work with Dr. Carcillo, also published in Pediatric Critical Care Medicine in 2017, to identify one of several inflammation-related phenotypes of pediatric severe sepsis and their association with multiple organ failure, macrophage activation syndrome (uncontrolled systemic inflammation known as MAS), and death.

Drs. Hall and Muszynski have further explored the phenomenon of immunoparalysis in sepsis cases exclusively at Nationwide Children’s, confirming that the immunoparalysis-associated multiple organ failure phenotype is common and associated with adverse sepsis outcomes. They expect to publish their data in 2018.

Although these recent studies of children with severe sepsis represent the largest such groups in the pediatric literature, Dr. Hall acknowledges the work is mostly associational. “We have to validate our findings in a multi-center cohort to make sure they’re generalizable,” he says. “And it’s not yet clear that restoring immune function will lead to better outcomes. That has to be tested in clinical trials.”

Sepsis trials in adults have already had some success in applying phenotype-specific therapies to reduce mortality. Clinical trials for immunoparalysis therapies (such as granulocyte macrophage-colony stimulating factor or immunosuppressant tapering) and other sepsis phenotypes have not been initiated yet in children with sepsis, but Dr. Hall expects they are not far off.

“We are going to uncover a whole world of subtypes of critically ill patients identifiable through testing who may respond to individual therapies,” Dr. Hall predicts. “In time, it’s our hope that identifying the distinct pathological sepsis subtypes will translate into better risk stratification, drug discovery and an explosion of treatment regimens that are unique to patients’ individual pathophysiology. We all just have to keep working toward that end goal.”