Uncovering Racial Disparities in Down Syndrome 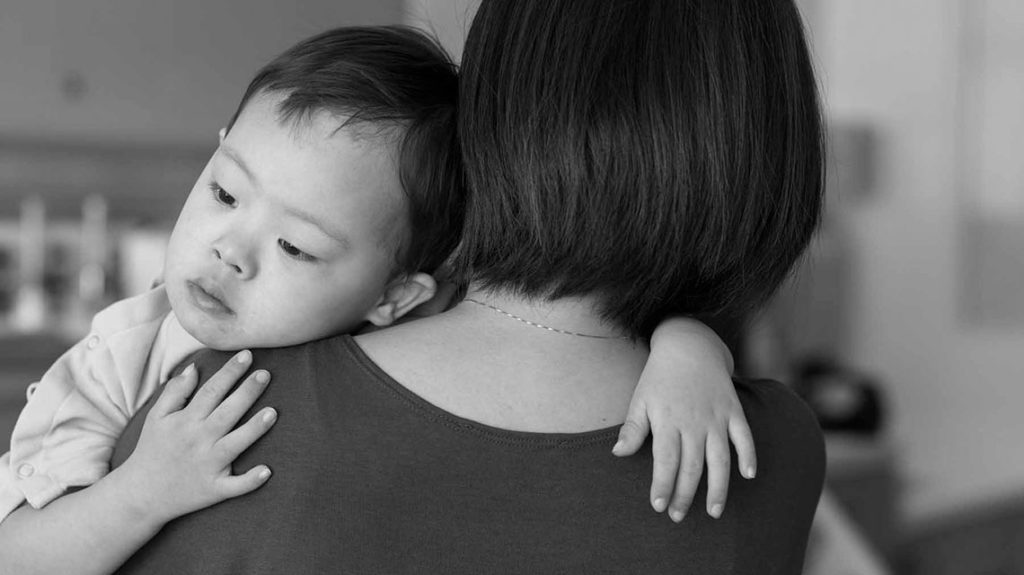 Life expectancy for people with Down syndrome varies depending on race, but why?

An estimated 6000 infants with Down syndrome (DS) are born in the United States annually, making it the most common liveborn trisomy and chromosomal condition.[1] And a significant increase in overall life expectancy has been noted over the last several decades.[2]

However, while investigating changes in mortality through a review of nearly 18,000 people in the United States with DS from 1983-1997, Quanhe Yang, PhD, and colleagues detected a significant racial disparity in life expectancy.[2] They reported life expectancies of 50 year for whites, 25 years for blacks and 10 years for other races. 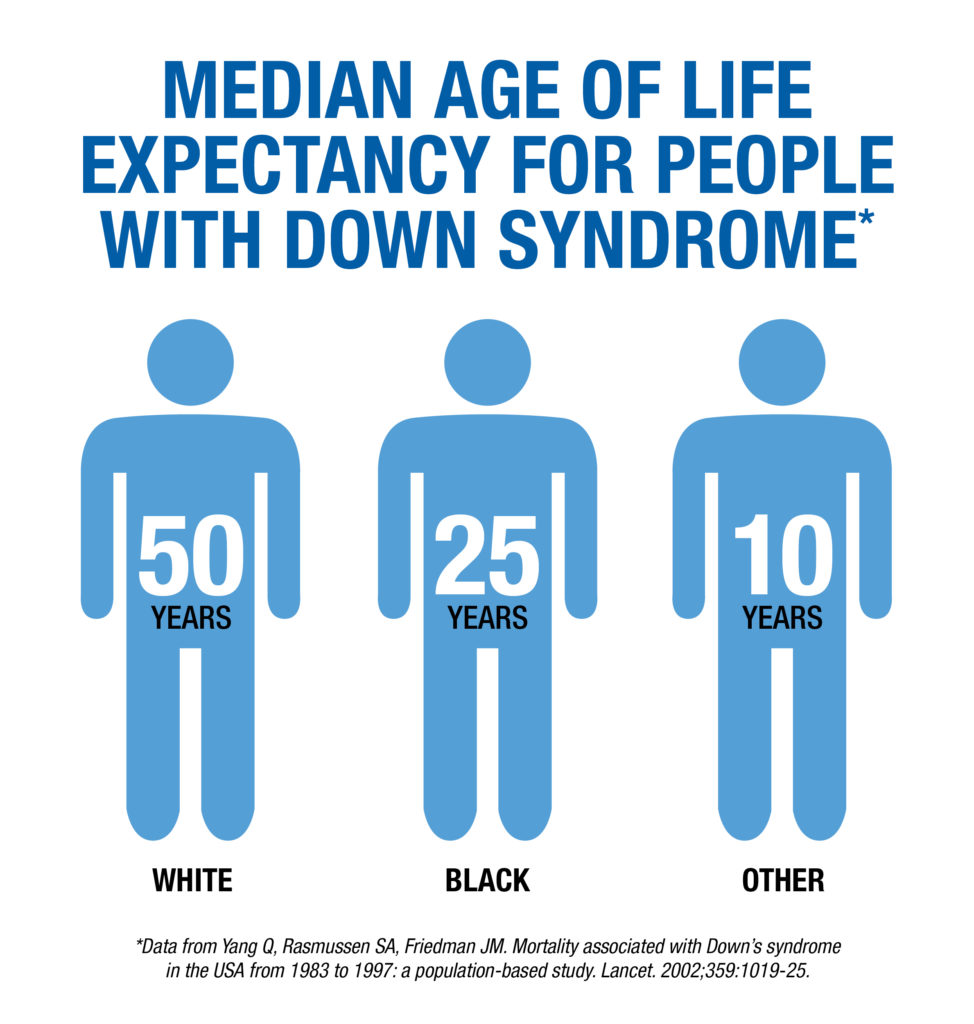 These trends persist even after accounting for the presence of congenital heart disease, which is a well-known comorbidity of DS. Racial disparity in survival begins early in infancy and persists into childhood. The improvement in mortality and increased survival over the past decades is seen in individuals with DS of all races, but less so in African-Americans.[3]  Although some degree of difference in life expectancy by race is seen among the United States population as a whole, the magnitude of this racial disparity is larger in the DS population.[4]

Looking for the Reason

Comprehensive medical histories of 763 children receiving medical care at a DS specialty clinic in Cincinnati from 1984-2009 were retrospectively reviewed to find the underlying cause for racial disparity in mortality.[5] As a trainee in genetics and a part of the research team in Cincinnati, I searched the National Death Index (NDI), a centralized database of death record information in state vital statistics offices through the Center for Disease Control and Prevention, to correlate medical histories with mortality data.[6]

We found racial disparity in maternal drug use, hyperbilirubinemia and intubation but couldn’t easily relate this to mortality. Among children with DS less than 5 years of age, we saw significant increases in referrals to Cardiology for black children compared to white children. We also saw trends of increased incidence of CHD for black children. However, correlations with death records did not demonstrate differences in rates of cardiac-related deaths. We did not detect racial disparity in cardiac surgery.

Although we did not detect significant racial differences to explain mortality differences, the multitude of racial equality in our results is worth noting. We investigated dozens of factors to attempt to detect subtle differences but saw that overall, individuals with DS who are white and black do not differ in these areas.

We did not demonstrate a medical basis for racial disparity in life expectancy. This may be due to our small sample size as, fortunately, the majority of patients in our database were still living. The number of individuals of races other than white and black were also few, preventing us from drawing conclusions about other races or ethnicities.

We concluded that although racial disparity in mortality exists, the underlying cause remains unidentified despite use of a comprehensive, longitudinal database of individuals with DS and review of death records. Because access in care for other diseases is known to differ by race, we wondered if referrals to Cardiology may be an indicator of racial differences in access to care.[7, 8]

New Databases Could Shine Light on the Issue

In the future, continued studies with greater sample size and covering additional factors are needed. The use of publicly-available death record databases could allow for a larger sample size but would not have allowed us to review detailed medical history information.

However, newer databases, such as DS-Connect®, which link patients to researchers, could correlate patient-report information with databases such as the National Death Index. The Down Syndrome Clinic at Nationwide Children’s Hospital has recently joined with other sites to create a national, clinical database for Down syndrome.[9] Ideally if a racially-diverse, multi-center database could replicate racial disparity in life expectancy, it could correlate medical history details with mortality information to produce more meaningful findings. 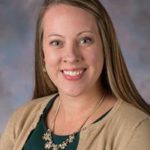 Stephanie Santoro has been a pediatrician and clinical geneticist at Nationwide Children's Hospital since 2014.